Another Successful Showcase at ACE 2016 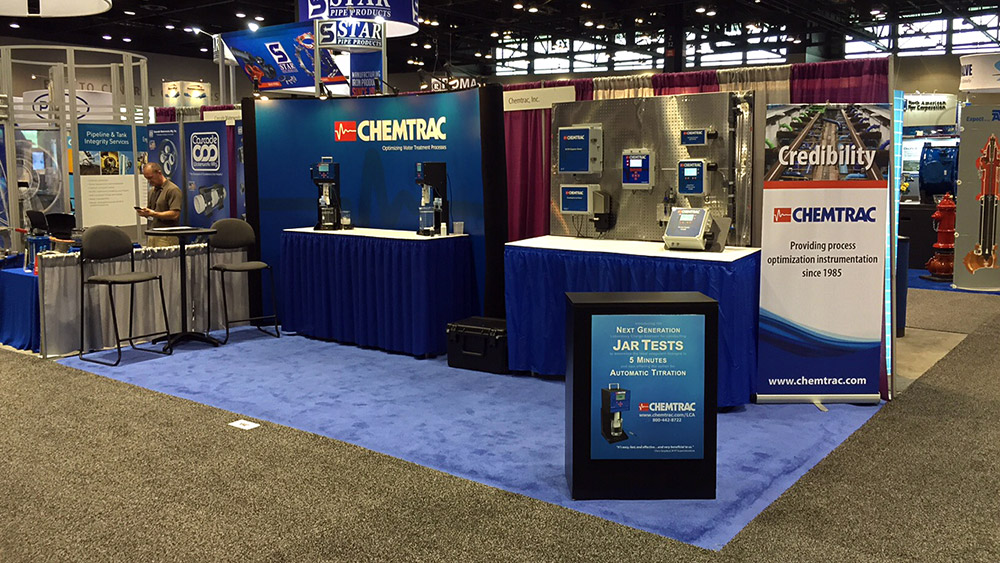 As mentioned previously, the LCA builds on the success and solid performance of its predecessor models (CCA3100, ECA2100 and ECAT2100), allowing for charge neutralization titrations to accurately determine target coagulant dosages for surface water treatment. Essentially, the LCA provides a way for conducting jar tests in less than five minutes, as opposed to the traditional methods that can take in excess of an hour to run.

Attendees were also able to learn about the new features of the recently released HydroACT controller/analyzer.  This new model offers an innovative design, a high-resolution display, a user-friendly interface, and data storage and trend-graphing capabilities. The standard model will provide for two sensor inputs, with the ability to expand to eight sensors, for monitoring: streaming current, particle counts, chlorine, UV254 organics, pH, ORP, ozone, DO, conductivity, and more.

This years conference was well attended with the Chemtrac staff feeling good about the responses it received from those that stopped by booth #1040.

Thanks to all that were able to make it out.

Any cookies that may not be particularly necessary for the website to function and is used specifically to collect user personal data via analytics, ads, other embedded contents are termed as non-necessary cookies. It is mandatory to procure user consent prior to running these cookies on your website.